The American Society of Interior Designers’ Interior Design Billings Index (IDBI) rose 3 points to a score of 58 in August. For 20 straight months, firms have recorded an increase or no decrease in design services compared to each previous month. The inquiries index, a leading indicator for billings, was essentially unchanged with scores of 55.0 in July and 55.6 in August.

All sectors (residential, commercial, and industrial) were in expansionary territory in August (scores above 50 indicate industry expansion, while those below 50 indicate contraction), and the Midwest was the only region below the 50 threshold in August. 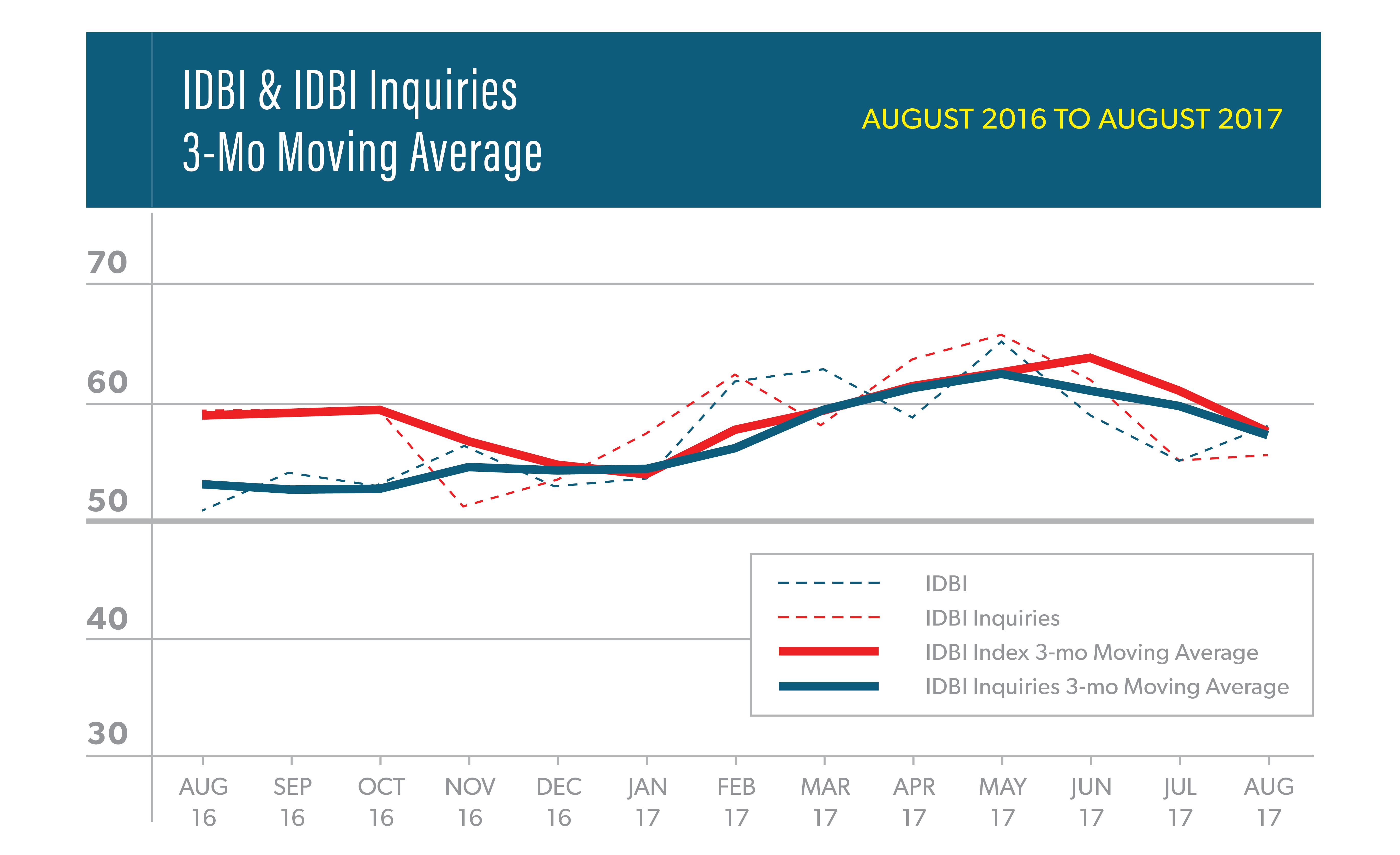 On a three-month moving average, the IDBI posted a score of 57.3 for August. Design firms remain optimistic about the six-month outlook, though the score slipped from 62.5 in July to 59.3 in August. Fifty-two percent of survey respondents believe that business conditions for interior designers will be more favorable in six months than they are now.

“The solid IDBI scores indicate growing demand for interior design services and bode well for overall residential and nonresidential spending for design services,” said Jack Kleinhenz, Ph.D., CBE, ASID Economist. “It is too early to know what impact the devastation from Hurricanes Harvey, Irma, and Maria will have on construction and home improvement spending.”

This month, we asked survey panelists who either own or work for a small businesses, "Do you think the next three months will be a good time for small interior design businesses to expand substantially?" Only one in four, or 24 percent, said "Yes.” Optimism was stronger among firms with revenues less than $250,000 per year, with 39 percent believing it is a good time for expansion. Twenty-seven percent of firms earning over $250,000 per year also responded affirmatively. Regionally, the strongest optimism was found in the South.